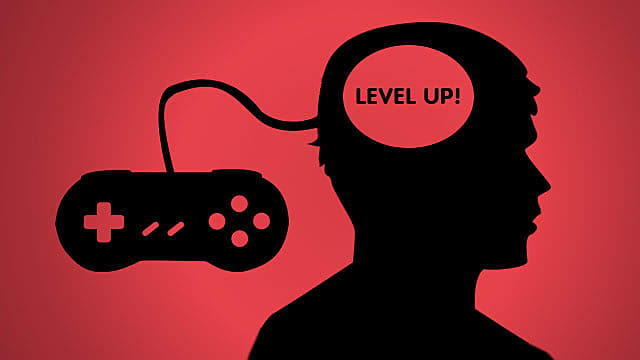 We have come one step closer to using our Elo rating in a video game to mean more than just a unsubtle brag to our friends. Last Thursday, researchers at the University of York posted the findings of their ongoing studies between video games and intelligence on Plos One. These researchers intended to discover whether video games could determine one’s intelligence in a similar way to that of an IQ test. If there was any validity to the notion, they hypothesized that the higher the player’s ranking was, the higher their IQ would inevitably be. If these researchers were correct, then perhaps I should start to consider whether I should list my college GPA on my resume or my current League of Legends Solo/Duo Elo.

The researchers used League of Legends and DOTA 2 in their study of MOBAs and Destiny and Battlefield 3 for their study of FPSs. In regards to FPS games, they determined that there wasn’t enough evidence to support whether or not there was a correlation between one’s online ranking and their IQ. In my opinion, it doesn’t take a bunch of PHD researchers to determine that one’s winrate in a game such as Call of Duty: Modern Warfare 2 has no actual correlation to a player’s IQ (I’m looking at you one man army and danger close perk grenade launch spamming campers…)

In their study of MOBAs, however, there was far more evidence to support a correlation. Alex Wade, a professor at the University of York, stated: “Games such as League of Legends and DOTA 2 are complex, socially-interactive and intellectually demanding. Our research would suggest that your performance in these games can be a measure of intelligence.”

However, all of the research done was prefaced with the warning that the study had no statement on questions such as whether playing computer games makes young people smarter or to the contrary. The researchers set out only to determine whether or not online video game ranking had any validity as a form of an IQ test.

So while this research in particular doesn’t focus on that question, many of us are still curious to know whether or not there is a correlation between playing video games and making young people smarter?

While I haven’t done nearly enough research to comment on the aforementioned question, I do know this: aspects of certain video games have a practical value that can be incredibly beneficial to young people. While this may not lead to higher grades in a school setting, there are plenty of life skills that games can offer that have practical applications in life.

I’ll use myself as an example. At age 11, I had grinded through 70 levels of gameplay in World of Warcraft: The Burning Crusade to finally reach the maximum level possible at the time. I quickly took a liking to the PvE content that the game had to offer; specifically the mechanics of boss fights in the game’s raids. However, I quickly learned that the best means of progressing through these raids was to join a guild that would attempt to clear the raid every week. So, not even being a teenager yet, I began my search for a guild.

What I discovered was a process that was more complex and difficult than any multiplication tables I was learning in school at the time. First, I would have to apply on a guild’s website and provide my character’s data as well as provide detailed answers to insightful questions. If a guild had taken a liking to me, they would have an interview with me through the in-game chat system and then bring me on several trial runs through dungeons and raids. This was before they even began to consider offering me an invite to their guild as a trial raider. Some players today in World of Warcraft may see this time consuming process as something foreign to them in the game’s current state. Yet players who played during expansions such as The Burning Crusade will have some type of familiarity with what I have been saying.

Nine years later, as I sit in my Business Networking course at university, studying the proper etiquette to nailing my future job interviews, I can’t help but feel a certain familiarity to the content of the course. It wasn’t a class that I had taken in high school or college previously that brought about this deja vu. Instead, this familiarity was brought about by my past experiences looking for guilds in World of Warcraft.

Nine years later, as I begin my search for my first “real” job for the summer, I can’t help but feel a certain familiarity to this process. It wasn’t a class that I had taken in high school or college previously that brought about this deja vu. Instead, I realized, it was brought about by my past experiences in applying to guilds in World of Warcraft. Since coming to this realization, I’ve personally gained far more confidence when doing job interviews than I had previously. While the job search may be a relatively new process to me, it certainly doesn’t feel that way.

I began finding connections in all aspects of the job application. Submitting my resume in a job application resembled listing the guilds that I previously raided for in a guild application. Cover letters were the same as writing responses to guild’s questions such as “why are you a good fit for this guild?” Job interviews were like trial runs through raids. While it may seem obvious that guild recruitment processes are modeled after their real world counterparts, people often don’t get exposure to this system until they begin to enter the workforce. Because of World of Warcraft, I had by age 11.

So while studies such as the one conducted at the University of York will continue to research the correlation between player ranking and IQ, I think there is value that video games provide to young people that is more than simply seeing if their elo is any indication of their IQ . I have no doubt that my experiences in engaging with others in video games has given me an advantage over many people that I will inevitably be competing against as I am applying to enter the workforce. That being said, however, I am currently guildless in World of Warcraft and looking to raid once again, so please send tell.